and the virtual world

A project vice versa in motion.

Media Vice Versa, an attempt to explain the ambiguity of notions of private space and public space, real time and deferred, and the apparent distinction between the concrete and the virtual world of television. In this piece, Foofwa d’Imobilité and Nicolas Rieben question the ways that the media use the human body. By virtue of being hypnotized, manipulated and transformed the human body becomes the subject of a reality show in which all moments of intimacy are lost. The perception of the viewer is totally distorted by the televised intervention. The concepts of real time / delayed time, real or virtual images intersect in the chaos that can no longer distinguish truth from falsehood, manipulated from sincere, presentable from unpresentable. The public, included in this ambiguous presentation, participates on behalf of the ratings of the piece, without knowing where his position as a judge will lead in the piece.

Media Vice Versa is a collaboration between the artist Nicolas Rieben, the dancer and choreographer Foofwa d’Imobilité and artist Christian Marclay. All three were born in Geneva, but have emigrated and are currently working in New York. From the knowledge of each other’s work, they had a birth of curiosity which created a desire to collaborate. It was a shared desire to break the boundaries between artistic disciplines and to compare their respective worlds.

This venture became an interactive project, mixing dance, video, music and decor. Nicolas Rieben is a plastic artist but was also interested in participating in the choreography by treating it as a visual element. There was no division in the concept of the work. A project vice versa in motion. 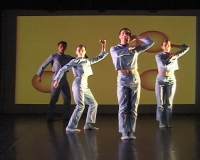 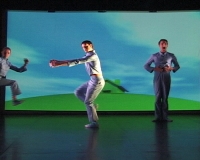 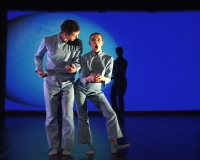 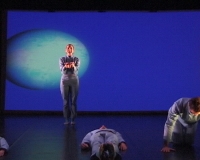 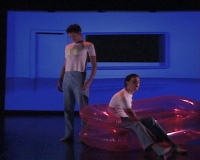 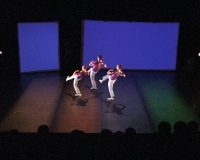 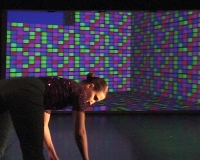 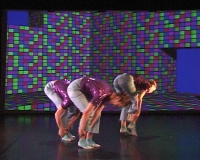 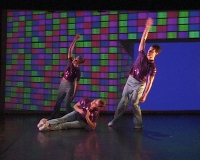 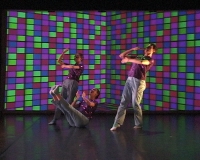 It is possible
That this will also interest you