DANCEWALK IS DANCE AS VOYAGE, ANYWHERE IN THE WORLD

A geographic inscription of body and dance, an activity where walking becomes dancing, where dancing is always forward-
going, for several kilometers and several hours, through a city or a landscape. Dancewalk has been performed by Foofwa since 2015 in various contexts and locations, sometimes with other professional dancers, workshops participants and with local collaborating musicians.
In 2015, Foofwa dancewalked 100 kilometers through the Swiss Jura region in 3 days; dancewalked in official Nordic-Walk competitions; dancewalked in the water of the Lake Zug; dancewalked naked in the public space of a central square in Bienne.
In 2016, Foofwa dancewalked 62 kilometres on the same summer solstice day, from sunrise to sunset, performing 100 circumvolutions around the Paris Opera; on the autumn equinox, he performed anarchic circumvolutions at the Monte Verità site.
In 2017, the dancewalks became more social, more political. By interacting closely with the organizers and the local artists, Foofwa carefully prepared and adapted some dancewalks to the city, its inhabitants and the context in which they took place. The dance- walking groups and collaborators became more numerous and wilder. Dancewalk is a unique artistic project where the interaction with the city or the landscape becomes poetry. The audiences walk along or join the dancewalk, shattering the dividing line between performer and spectator. Each person in the energetic and joyous group can reaffirm hir dancing personality. The whole experience becomes a celebration of freedom. For the coming years, in collaboration with structures and partners around the world, Foofwa wants to create very specific or large-scale dancewalking projects. 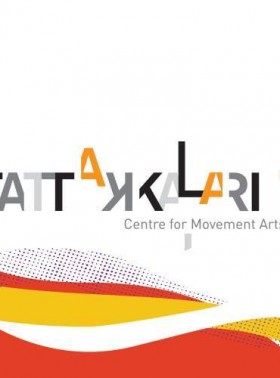 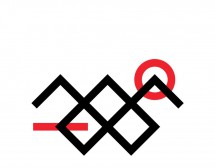 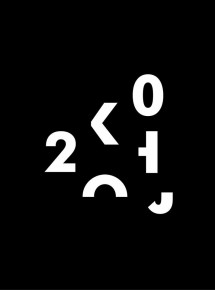 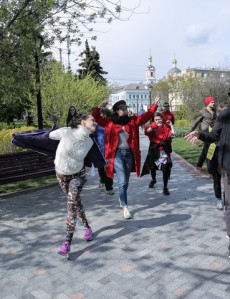 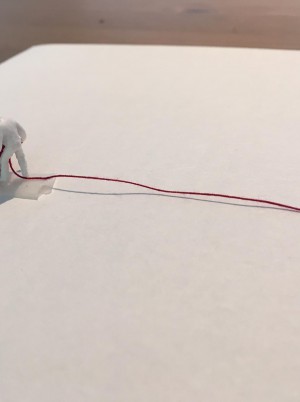 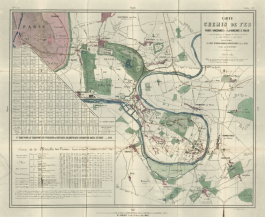 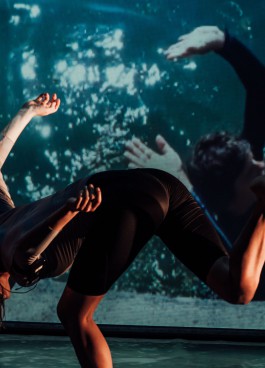 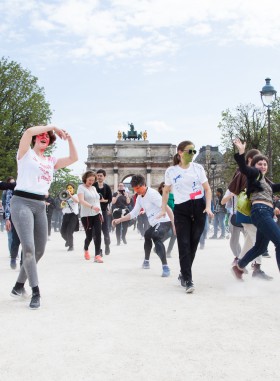